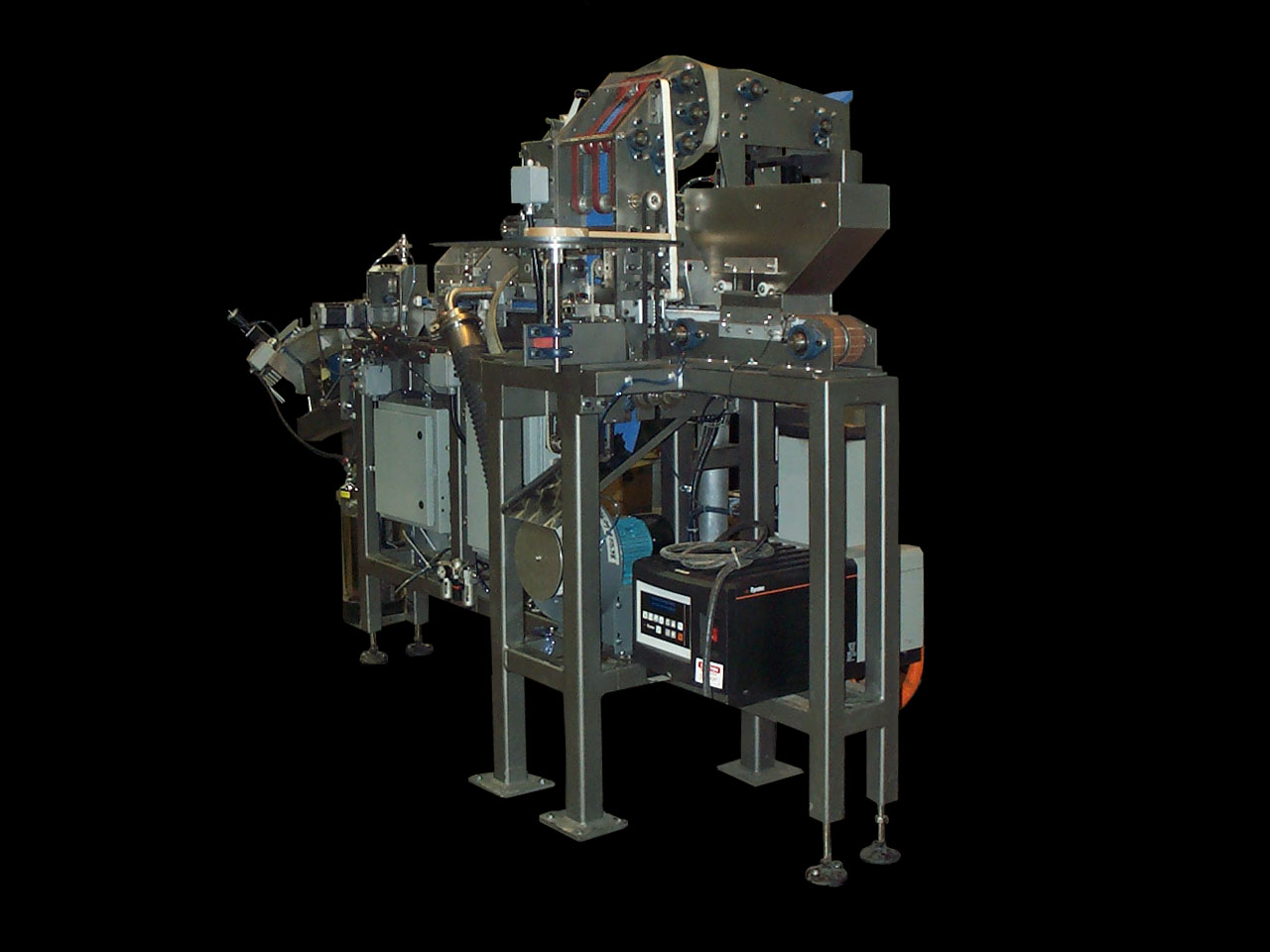 Jantz Canada was approached by Medi-Inn looking for an automated solution to assemble swabettes. Swabettes are disposable single use sanitary toothbrushes used in intensive care areas of hospitals. The finished Swabette consisted of a die cut foam brush for the head and a plastic stick handle which needed to be glued into the brush to complete the assembly. Besides automating the process, the client was hoping to increase production numbers and lower labor costs. The existing system consisted of a manual labour assembly line.

There were many operation stages needed to complete the process required by the customer.

There were many unexpected challenges that needed to be overcome during the build of this machine all of which were related to the required process.

With all challenges being met by our research and development team the finished machine was shipped in October of 2002.

Since then it has produced more than 5 million swabettes