History of Robotic Welding and its Extraordinary Benefits! 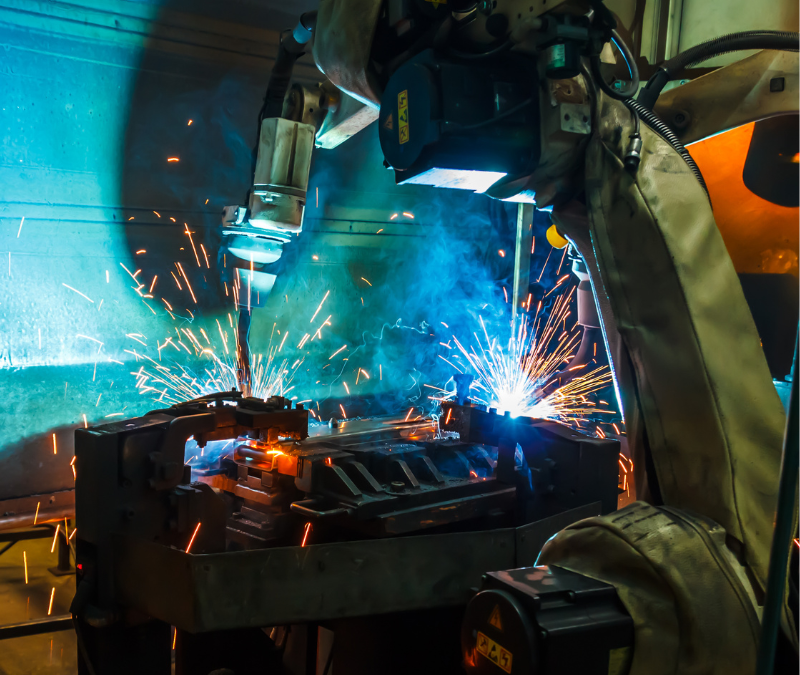 History is always beautiful and gives us insight into the past and provides us with a broad view of the future. The history of welding robots is no different; it’s an interesting tale of technological development and great innovation in welding.

Robots made for the industrial manufacturing environment were first used for welding. Since the beginning of the industrial revolution and ongoing technological advancement, robots have become more common in many applications. There are a lot of things that have hands of robotic welding from the car we drive to a chair we sit in, but how did we transform from a simple human to a welding robot?

When the industrial revolution began in the 28th century, most products began to be manufactured in large factories. Originally, items were produced by individuals, and then they were handled by craftsmen in shops. It wasn’t until 1860 that Henry Wilde used the electric source to form the first form of electric welding, and from there, different types of welding processes such as Arc welding, TIG welding, and others started to gain more popularity and began entering different industries.

Things began to change in 1962 when General Motors used industrial robots for the first time in the automobile industry. They gave it the name UNIMATE, and it performed spot welding on vehicle parts moving through the assembly line. UNIMATE was invented by George Devol and Joseph Engelberger; then the rest was history, and several automakers adopted GM’s approach and began employing robots for welding. It was at that moment that industries realized the advantages of welding robots.

The use of welding robots is increasing tremendously at a faster rate. In today’s world, due to the advancement of robotic welding technology, many robotic welding systems are used for a different variety of welding applications.

Although automation welding has no certain future, the cost of robotic welding is drastically decreasing. This paints a clear picture of how automated welding has become more affordable for small-scale industries than for big companies.

Robotic welding technology has advanced significantly since its entry into the industry world in 1962. Manufacturing companies are starting to understand the potential advantages of robotic welding to stay competitive in a world where technology is developing at a rapid rate.

Timesaving: robotic welding in some applications takes less time to move the welding torch from one seam to another within the same workplace than manual welding. And because a part is being loaded while one is being welded time is further reduced.

Consistency: Compared to manual welding, every part welded robotically will be virtually identical. This means the length of welds and size will be consistent in a way a human cannot match.

Safety: While welding, there is more chance of human exposure to toxic fumes and hazardous environments. With robotic welding applications, this danger can be prevented.

Does manual welding have any future?

In some situations, like quick changes in the welding process, we must take the skill of manual welding over robotic welding. Robots are still not developed to adapt to a fast environment.

Pros and Cons of Manual Welding

PROS
Flexible -Adapting ability
Interchangeable- Any welding expert can take over the work of an absent one.
Safety: A human welder can spot a malfunctioning machine.

Risk- Chances of human errors and injuries are high
Less accurate- Robot is more accurate than a human
Less Productivity-Human welders work slower than welding robots and have a lower output.

According to statistics, there were roughly 600000 robots in operation in North America in 2005. As time goes on, more and more businesses are switching to robotic welding due to the low cost and time-intensive process. Industrial robotic welding makes a high quality, precise weld, and less error in the final workpiece compared with the old welding processes. In a nutshell, we can say that robotic welding has brought about a lot of changes in the industrial world.