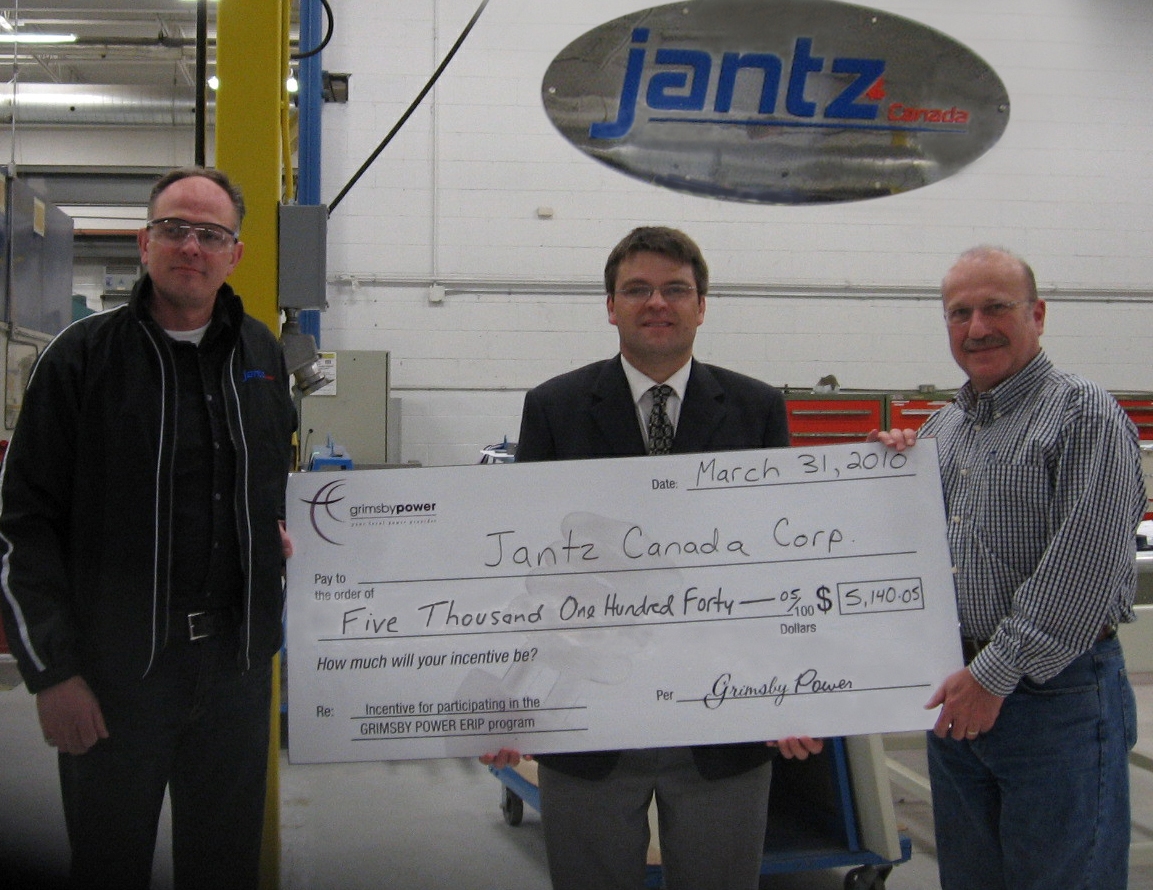 Jantz Canada’s General Manager Karl Bartel and Electrical Manager Wes Martens were on hand to receive a cheque for $5,140 as part of the ERIP initiative, which is funded by the Ontario Power Authority.  Jantz Canada had recently installed new hi efficiency lighting in their facility and in turn were rewarded for their investment.

“The basis of the program is simply this,” explains Grimsby Power regulatory analyst Sean Perry. “If you install proven energy-efficient technology, you can receive an incentive.”

There are a number of regulations that need to be followed to ensure the incentives are received, including a pre-approval process, but in the end there are multiple benefits, says Perry. There is the energy savings, resulting in less cost for the business, as well as less pressure on the grid, but he noted there is also an impact on employees, including general satisfaction and reduced WSIB claims.

At Jantz Canada, GM Karl Bartel said it was a “great incentive” for them to consider when replacing all of their shop lighting in their 22000sf Grimsby facility. He said the new lighting is not only more energy efficient by a factor of two, but emits twice the amount of better quality light.