Laser cutting in the world of custom industrial fabrication refers to the making of parts whether from sheet metal or structural 3D profiles utilizing a carbon dioxide laser. Carbon dioxide lasers efficiently provide the highest power available so the metal cutting industry uses this type exclusively. The beam of light produced from the laser is in the infrared portion of the light spectrum and as such is invisible to the naked eye. The effect it produces in the material to be cut however is very apparent.

The beam heats the material to the melting point and then one of two things happens. In the case of mild steel, oxygen is used to burn through material in the cutting area in much the same way as a traditional Oxygen Acetylene cutting torch would. Since the oxygen acts to increase the heat in the cutting area, Carbon Dioxide lasers can always cut through a greater thickness of mild steel when compared to Stainless steel. In the case of cutting stainless steel high pressure Nitrogen is used to blow the melted material from the beam path. The Nitrogen is necessary to keep the cut edge free from oxidation.

Laser cutting has many advantages over traditional metal fabricating processes such as shearing and punching:

Laser cutting at Jantz Canada is performed on our Mazak Optiplex 3015 11. Specializing in prototyping and small to medium size runs we offer a cost effective and precise solution to your component fabricating needs. With the recent addition of our Fladder deburring system sharp edges on all contours including holes are eliminated. We are centrally located in Grimsby Ontario right on the QEW between Hamilton and St Catharines allowing us to service all of Southern Ontario with ease. 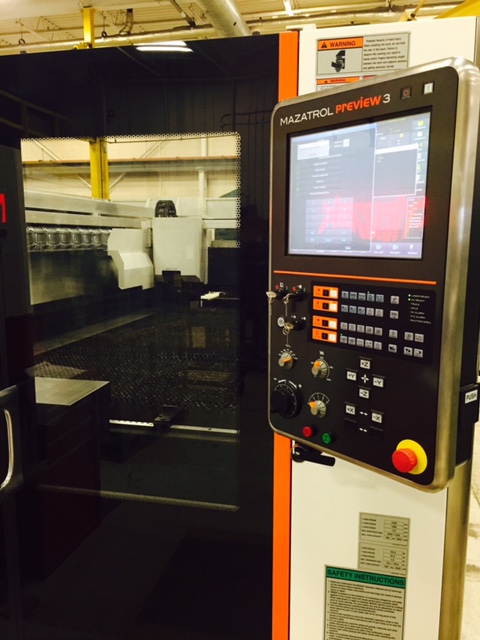 SPECIFICATIONS AT A GLANCE: 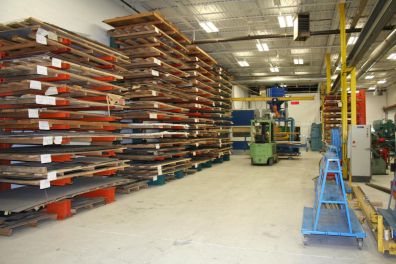 The Jantz advantage in our laser cutting department as well as with our entire manufacturing job shop lies in our experience as machinery designers and fabricators. With our combined decades of industry experience we are often able to suggest improvements to a customer’s part that they may have overlooked or not realized was within the realm of the fabricating process. Another advantage that Jantz has over other firms is that every week we cut most gauges of stainless and mild steel for our own internal projects so we are easily able to accommodate small orders and fast turn around in most cases. We have a long list of repeat customers who appreciate the active role that Jantz takes in the customer/supplier relationship.

Our engineering team is always available to help with your design or we can work directly from your supplied flat patterns or templates. Bend lines, part numbers and assembly information can be etched directly onto your parts.

Typical turn around times for flat parts are 2-3 days and 4-5 days for formed components. Close to Hamilton, St Catharines, Mississauga, and Niagara Falls, Jantz Canada is your laser cutting choice in Southern Ontario.